This is a new project, a DSKY, the Display Keyboard interface for the Apollo Guidance Computer (AGC), using two 240x320 LCD screens and a keypad made with Kailh Cherry clone keys. 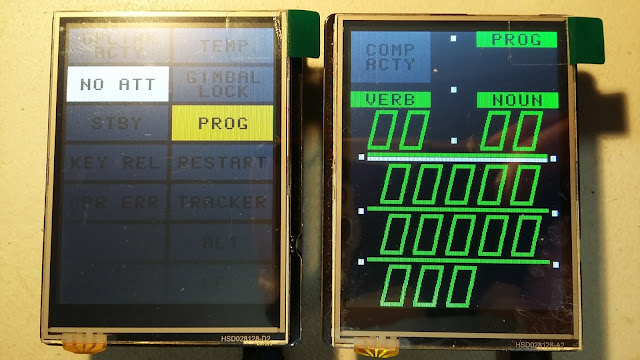 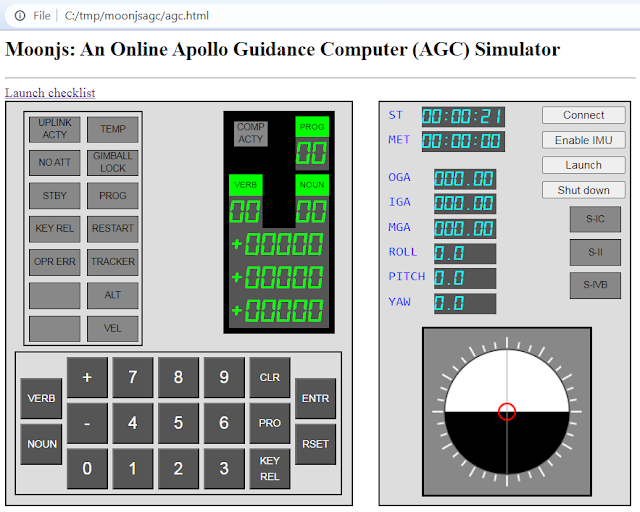 A PCB is being designed to hold both screens and the keypad. Each screen connects to an Arduino Uno compatible pin header and is controlled by an Arduino Nano located under it. The Arduino Nano has been rotated so the USB connector is accessible  Only the minimum number of signals needed to control the display using SPI have been routed from the Nano to the LCD screen pins. The RX pin on each Nano is connected to a separate auxiliary TX pin on the Mega. 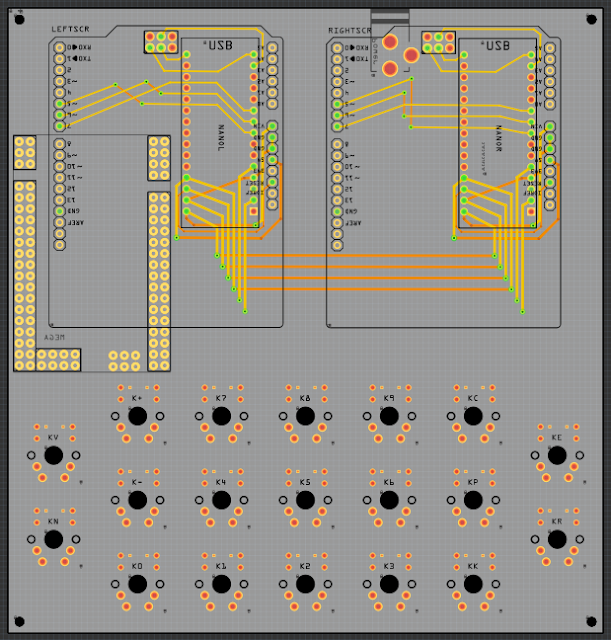 The minimum number of signals needed to control the SPI LCD screen was experimentally determined by using jumper wires. 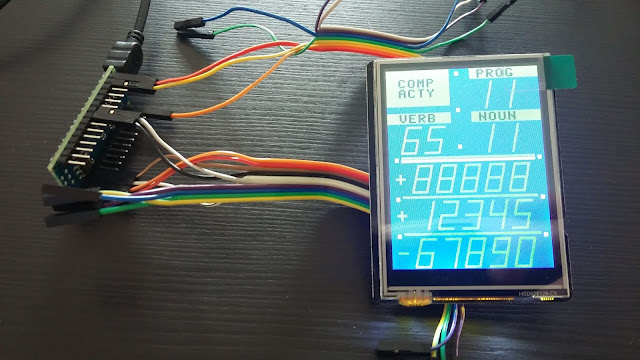 Here is an OSHPark (https://oshpark.com/profiles/ArduinoEnigma) rendering of the board design so far: 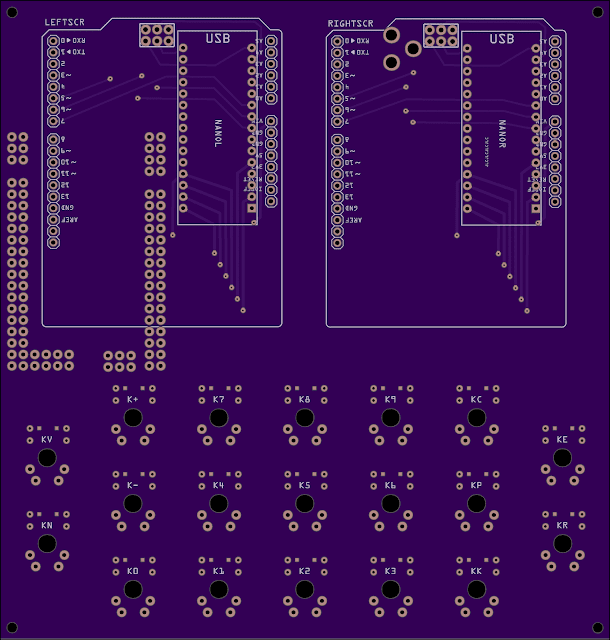 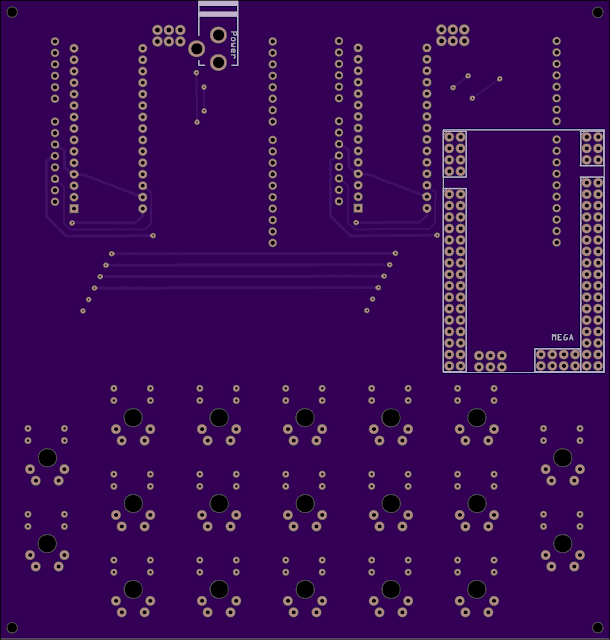