One way to measure how long a device runs on batteries is to use another Arduino with a Light Sensitive Resistor. Can we do better than that and have the device self monitor without using any external attachments?

How to measure how long will a device run on batteries by writing time stamps to EEPROM.

The key to this algorithm is to either use an external stimuli to set a ram variable or use a different sketch to write a special variable to EEPROM to enter a special routine that writes the value of millis() to EEPROM. Once this special routine is entered, the EEPROM flag that was used to enter is cleared. This way when the device under test runs out of batteries and starts rebooting, the recording routine is not entered again. In EEPROM we will have a series of ever increasing 32 bit values. The only thing remaining is to read all the values and find the maximum. In case the device reboots while writing to EEPROM, an additional check is that the maximum value must equal to the second greatest value plus whatever the time increment used.

In order to implement a wear leveling algotithm, the time values are written to an EEPROM zone in a circular buffer fashion. 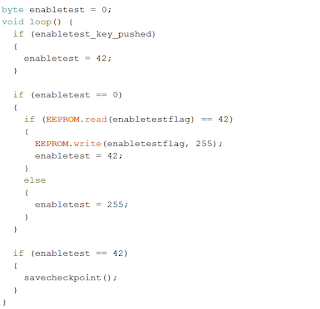 The timing routine was run with a used battery and the recorded values were displayed. EEPROM address 701 contains the value of millis() when the recording function was first entered, subsequent values are recorded every minute. 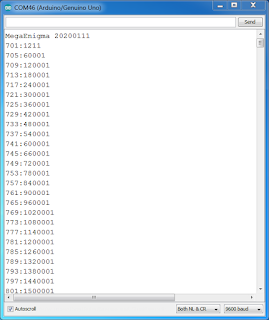 This 9V battery was used, so after 58 minutes, the machine rebooted and stopped recording values. The remainder of the buffer contains 0 left over from the initialization procedure. 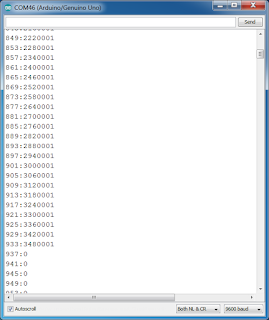 Trying again with a fresh set of batteries. After the batteries are allowed to run down, connecting to the device shows a message stating that the endurance test has been run. 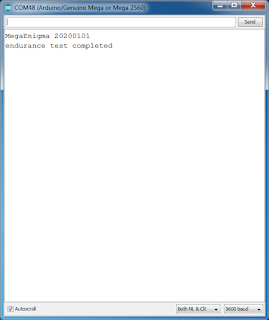 This time the test ran for a longer time. The circular buffer was configured from addresses 701 to 3501, storing a 4 byte values lets us write 700 values before reaching the end of the buffer. If a value is stored every minute, the buffer will store 11 and a half hours of data. 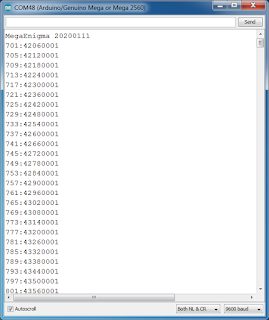 Memory location 3133 contains the highest value recorded, 78540001 milliseconds or 21.8 hours. The value in 3137 is lower, indicating that the code was in its second pass over the circular buffer. By using the wear leveling algorithm, each memory location was used once or twice. 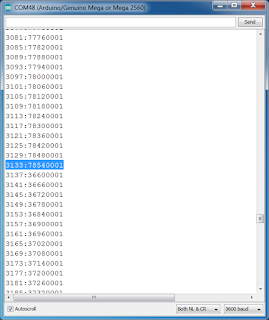 The configuration values of the timing routine were changed to use a larger buffer after the test was run. Memory locations starting at 3501 were left uninitialized at 255 and show the maximum possible number for an unsigned long. 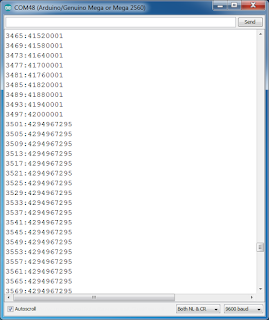 This throws the report off. One can go back and look by hand for the tell tale incrementing values followed by a lower value. 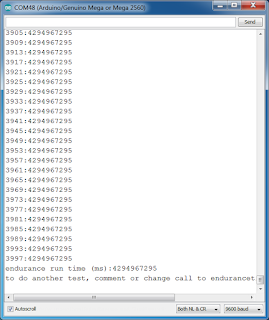 Here are the values for the larger buffer:

If we change that to match the size of the original bufffer: 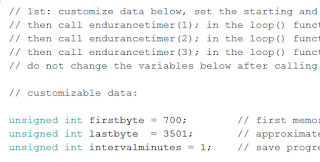 Now the report runs right and finds the correct value: 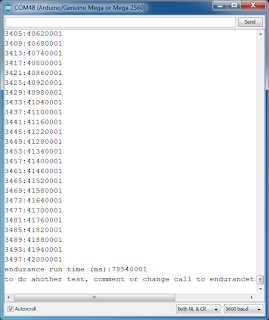 58 minutes for a used 9V battery and 21.8 hours for a fresh set of AAA batteries. A fresh 9V battery should run about 8 hours. 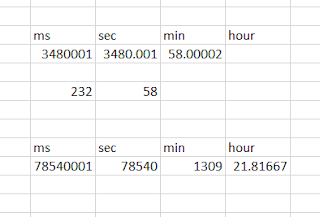 And the standby runtime for the Mega Enigma on a fresh set of AAA batteries is a respectable 21 hours. Pressing keys and illuminating results in the lampfield will reduce that time, but code would have to be written to simulate keypresses and illuminate results.

Now the question is, how long will the device run on a fresh set of AA batteries. The bigger the batteries, the longer the runtime...