PicoEnigma, a Universal Enigma Machine simulator in under 10x10cm

PicoEnigma by @arduinoenigma a Universal Enigma Machine Simulator that measures 88x98mm
This Arduino based Universal Enigma Machine Simulator is open source and hackable. It simulates all well known enigma machines that have 26 keys. There are a couple of oddball machines like the Swedish Enigma B A-133 and the numbers only Enigma Z30 that this does not simulate. For machines with a plugboard, one is emulated in software as well. Once 10 plugs are set, an additional scrambler, a software emulation of the UHR switch can be enabled and set to any of its 40 positions. 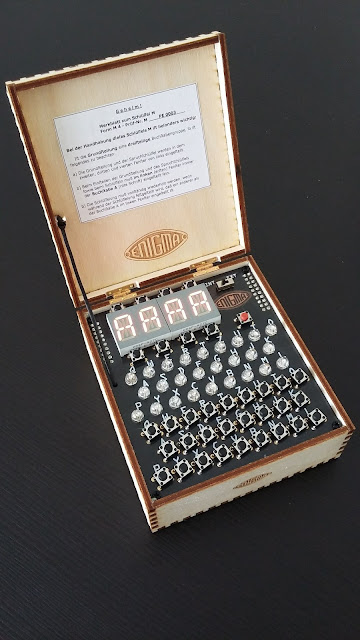 A very small but full featured simulator, runs the same software as MegaEnigma but with a slightly modified IO layer. Does not have a physical plugboard, but the Mega2560 Pro Mini has enough available IO pins that one could be added later.
Running though all the features.
The front PCB and the CPU board behind it. 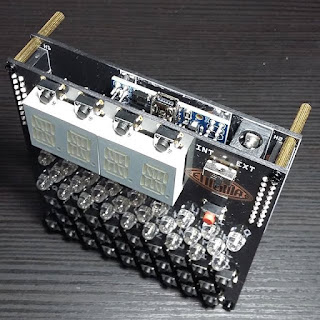 The PCB has been specifically designed to be manufactured using OSHPARK.com After Dark service, featuring a black PCB substrate and clear soldermask, therefore any copper will be visible. All the copper in the top layer was hidden under a component footprint. 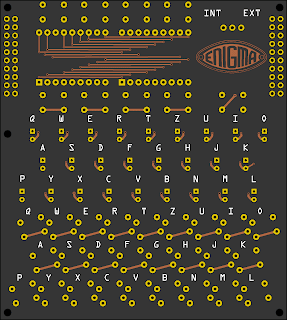 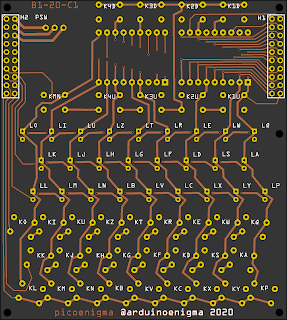 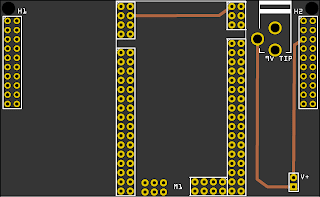 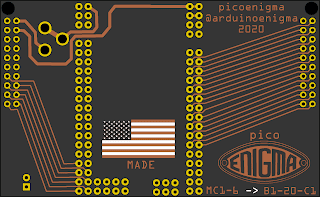 Back to the Enigma Machine Simulator homepage